But romance also seems to me to be a form of emotional masturbation. Action movies satisfy the adrenaline-seeking hormone-driven young male in a similar manner than romances satisfy the fairy-tale connection-seeking female (excuse the gender stereotypes). When the girl, lying on her front on her bed, ankles crossed in the air above, when she closes her book, smiles dreamily and sighs, hasn’t she just achieved a similar result as her brother on his X-box playing Call of Duty? And aren’t they both doing the same as the college student in the dorm bathroom with his copy of Penthouse magazine? They’re all 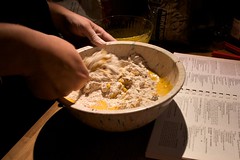 This probably not a new idea, but it’s a new thought to me. Self-satisfaction, whether physical or emotional or some combination of both. Start with some outside source to stimulate the reaction, stir in some individual element of desire, need or curiosity. Add in imagination as a leavening agent and you’re on your way. Just shake, bake, cook.